Even though asbestos is banned across Australia, it is estimated that large amounts of it remain unaccounted for. One only needs to look at recent discoveries of the dangerous mineral at National Landmark Buildings to realise how prevalent it is. Trade organisations are calling for asbestos to be removed wherever it’s found, instead of the problem just being managed. If you’re in an industry that might encounter asbestos and require its removal, choose a company that will dispose of itethically. 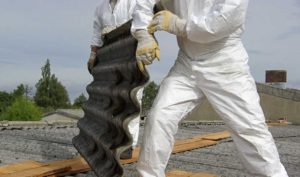 Previously,asbestos removal businesses have been found guilty of travelling out of state by rail to dump in abandoned lots, private properties, or rural areas to avoid paying upwards of $375per tonne inlandfill levies, and it’s estimated that the amount of illegally dumped asbestos exceeds a million tonnes every year. Not only is this costing the local treasury a significant amount, but it’s also putting local communities (and your business) at risk.

While there are laws in place to prevent illegal dumping from occurring (such as the proximity principle), the practice is still going strong, and the recent fire at a recycling plant indicates that dumping has the potential to cause a major loss of life, as well as toxic pollution.

If your business works in and around buildings built prior to 1990, there’s a good chance that you might encounter one that was built with materials containing asbestos. It’s essential that your next step is to contract a disposal company that you can trust.

So how can you tell if the company you’ve elected for the task will complete the job ethically?Start by asking them how they plan on preparing the Asbestos material for transportation, and where exactly they’ll dispose of it. The asbestos must be wrapped in thick sheeting, and have clear warnings on it, before being placed in a dedicated plastic lined skip and transported to a certified location earmarked for asbestos dumping. If the company doesn’t follow this process, or offer you a way to dramatically reduce your dumping fees, there’s a good chance they’ll be illegally disposing of it.

Don’t compromise the lives of innocent Australians, and put your business in jeopardy by using anything less than an accredited and legally compliant asbestos removal company in Brisbane, Wollongong or Sydney like the  GBAR Group.