Mechanics are increasingly at risk of asbestos exposure 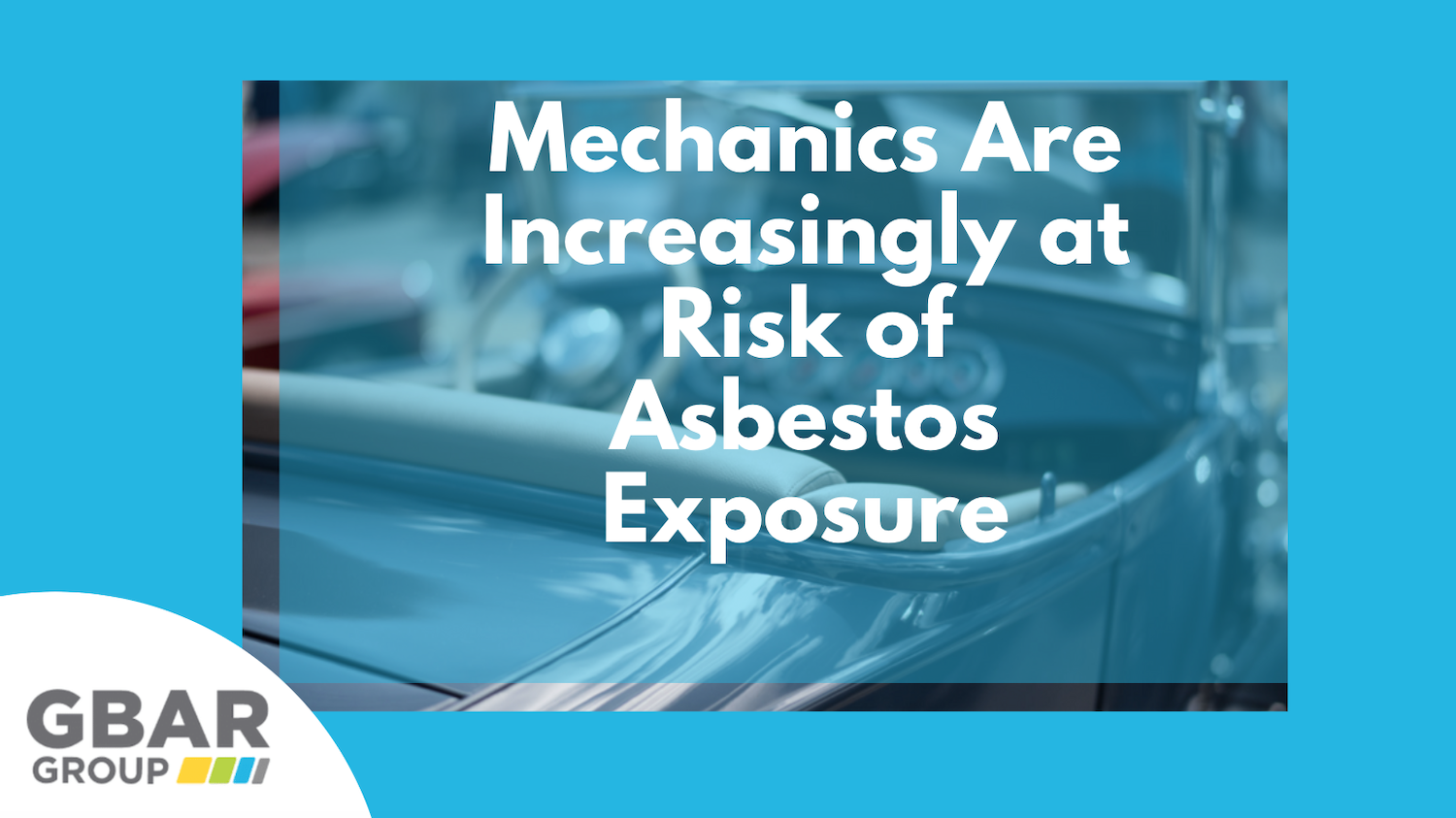 Asbestos is not a commonly used material in Australian products, but it was popular in the sixties to the eighties, and its effects still impact people to this day. While construction workers have been identified as the most affected by asbestos-related conditions (due to the popularity of asbestos as a building material in the past), an increasing number of auto mechanics are also falling ill from past exposure.

If you’re a mechanic, you must take the necessary steps to avoid exposure – now and in the future.

ISN’T ASBESTOS A THING OF THE PAST?

If you’re wondering why asbestos is creating problems now, , and it can take years before you start exhibiting symptoms.

If you frequently replaced brake pads and clutches and used compressed air to clear dust, there’s a chance you might have been exposed to asbestos in the past. Even if you haven’t, the danger still exists in the form of counterfeit goods and imported vehicles.

Companies like GBAR Group are still helping hundreds of commercial, industrial and residential clients across Brisbane and Sydney to remove hazardous waste materials like asbestos.

If you import or repair luxury cars, be aware of the risk you’re being exposed to. Over the past year, dozens of luxury vehicles have been impounded by the Australian Border Force after they were found to contain asbestos parts. To ensure your safety and that of your staff, you should have all imported vehicles tested when they arrive in Australia or request a certified lab report from your supplier.

It’s estimated that at least 1600 people will work on the average luxury car, so remember that this will not only pose a threat to you, but to a significant number of other people.

WATCH OUT FOR COUNTERFEIT GOODS

Earlier this year, counterfeit brake pads containing asbestos were shipped from Germany and the Middle East and were intercepted before entering the country. Over 16 million products with genuine-looking branding and packaging were confiscated. Experts believe that parts for older cars are commonly counterfeited as these cars are likely to be out of warranty and repaired outside of the dealer network.

Remember that a cheaper part won’t save your customers money, as the damage from using fake parts could cause thousands of dollars of damage to their vehicle.

If you’re offered parts that appear genuine but are much cheaper than you anticipated, be wary. It might save you money but cost you your life.